Join the CCM Wind Symphony and Youth Wind Ensemble as we explore the magical world of dreams.

The artwork that you see displayed tonight was created in collaboration with University of Cincinnati College of Design, Architecture, Art and Planning (DAAP) students and was led by faculty member Edward-Victor Sánchez. The art was inspired by the music and programmatic text of David Maslanka's A Child's Garden of Dreams and highlights the highly evocative music. 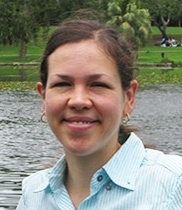 She is a two-time winner of the International Horn Society Composition Contest (virtuoso division) and a recipient of several awards, including two grants from the Australia Council for the Arts. Her music can be heard on Albany, Cala, Common Tone, Equilibrium and Summit Records. Horn virtuosa Denise Tryon’s album Hope Springs Eternal featuring Catherine’s piece Vivid Dreams was awarded the 2022 American Prize in Instrumental Performance.

Catherine holds a bachelor's degree in jazz piano from Kyiv Glière Music College, a five-year post-graduate degree in composition from the National Music Academy of Ukraine (Kyiv Conservatory), and a Ph.D. in composition from the University of Queensland. She is an active performer, often playing her own music. She was the soloist on the premiere and the CD recording of ut Loud, her piano concerto commissioned by the Cornell University Wind Ensemble, and the pianist on Adam Unsworth’s CD Snapshots.

The CCM Wind Symphony has received wide acclaim for the quality of its performances as well as the diversity and originality of its programing. Dedication to bringing the finest traditional and contemporary literature to their audiences, the ensemble performs chamber music, selected transcriptions, concerti and original full ensemble repertoire spanning five centuries.

Stay up to date on CCM news and events by subscribing to our Next OnStage email newsletter, which is published every other Wednesday. Visit ccm.uc.edu/subscribe or text* CCMONSTAGE to 22828 to sign up for email updates. *Message and data rates may apply.

CCM will share its spring 2023 schedule of performances and public events in November.

The University of Cincinnati's College-Conservatory of Music provides high-caliber summer arts classes and workshops for youth, teens and adults that are open to students of all experience levels. Summer at CCM offers arts enthusiasts the chance to work with the college's world-class faculty and renowned guest artists at CCM's state-of-the-art facilities. Browse CCM's summer program offerings and find the perfect performing arts opportunity for you or for your family! Contact CCM Summer Programs at 513-556-5609 or ccmsummer@uc.edu if you have questions.

The Cincinnati area and the land that the University of Cincinnati has been built on is the native homeland of the Indigenous Algonquian speaking tribes, including the Delaware, Miami, and Shawnee tribes.